The Way We Show Up 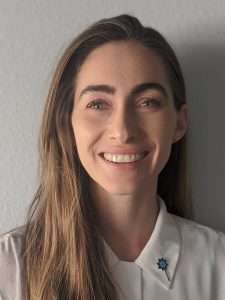 Life can be unexpectedly scary sometimes. Last month, I was in a car crash. I hit a car that was running a red light. My car is totaled, but thankfully, no one was hurt.

It was a rattling experience, of course, and created a bunch of problems that needed to be addressed immediately and in the longer-term, like communicating with the other shaken driver, getting the police on scene, getting my car towed, filing insurance claims, and starting the process of finding another vehicle.

But those are solvable. Stressful, of course, but tolerable. In fact, the whole experience wasn’t just tolerable, it turned out to be meaningful.

It’s not just because I was grateful no one was harmed.

It was because of people. And the way they showed up to help.

It’s because the man who was driving the vehicle behind me stopped and made sure I was okay, and missed the haircut appointment he was on his way to so that he could give a witness statement to the police so they knew what had happened.

It’s because the residents in the surrounding area checked on everyone to make sure we were uninjured, and started clearing the road of debris to keep other vehicles and drivers safe.

It’s because the driver of the vehicle who ran the red light apologized sincerely, and fully admitted fault. I later learned from her that she has a toddler who isn’t sleeping, and it was her exhaustion that contributed to her not realizing that the light was red.

It’s because so many people drove by and asked if I was okay and if they could help.

It’s because the insurance specialists were kind and clear and patient.

It’s because my partner, friends and neighbors offered concrete and emotional support.

What could have been an overwhelmingly stressful experience became a meaningful, solvable challenge. And it’s because of the way that people responded.

There’s a frequently cited quote by Mr. Rogers that’s often used to excavate the good from crises or tragedies. He told us to “Look for the helpers. You will always find people who are helping.”

He’s so right. But not everyone gets the kind of compassion that I experienced when they face a crisis. It is not just that we help. It is how we help. By offering help in a way that is understanding, kind, and nonjudgmental, we can be the difference between something painfully hard and something that’s hard, but doable.

The way we show up can even help shape a person’s whole world view. If we respond with compassion, we just might help someone feel a bit safer not just in the moment, but in the way that they carry themselves in world. Because maybe if people are willing to inconvenience themselves to make sure you’re okay, maybe this world isn’t always so scary. It can sometimes even be unexpectedly meaningful.