Masked Connection: How to Smile with Your Eyes 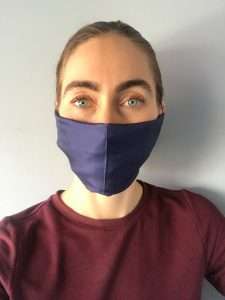 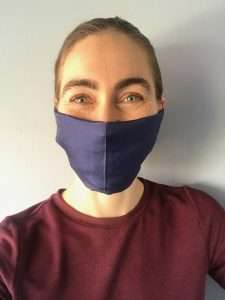 Masked Connection: How to Smile with Your Eyes

Last week, I had a conversation with my friend Jenny (founder of Rezilia). She recounted her recent trip to the grocery store, where, like most of the shoppers, she wore a mask. She realized that she found masks a bit disconcerting, not because they are reminders that we’re experiencing a pandemic, but because they hide human emotion. At the store, she noticed people weren’t making much eye contact, and when they did, they seemed a bit… ‘blank’.

It feels especially weird to be around seemingly non-expressive people when you crave connection.

There was one grocery store worker, however, who stood out to Jenny that day. She asked him about strawberries. Though a mask was covering the lower half of his face, when he responded to her, she could tell his face was broadly smiling. It was in his eyes. That smile made her day.

In this time of physical distancing, connection to others is so vital, but masks, though they are an important way to stop the spread of Covid-19, muffle the power of our facial expressions.

Human beings communicate so much through the face. We look to others for cues on how we should be feeling. Others’ expressions can influence our emotions. This is especially true for children. When a child sees their parent’s face relaxed and content, that’s a cue the situation is safe. When a child sees their parent’s face fearful, that’s a cue to also be scared.

Our expressions are a powerful influence on our environment and the people around us. A smile from another human, especially in American culture, has the power to make us feel safe and connected, which promotes our sense of self-regulation and well-being. We connect through our facial expressions.

But how do we connect when our faces are covered?

When I was in college, I took a class on the psychology of emotions. In it, I learned about the difference between a genuine and a fake smile. It’s all in the eyes. French anatomist Guillaume-Benjamin-Amand Duchenne de Boulogne discovered this in 1862; a century later, psychologist Paul Ekman dubbed genuine smiles ‘Duchenne smiles.’

How do you form a Duchenne smile? It is characterized not only by the corners of your lips turning up, but also by ‘crinkling of the eyes.’ I have particularly crinkly eyes, so I created some examples for you.

Why did the grocery store worker make Jenny’s day? He gave her a Duchenne smile.

The next time you’re wearing a mask and you want to add a little positivity to your environment, focus on your eyes. Brief eye contact and a Duchenne smile could help someone feel more connected in this very unusual time. You too can make someone’s day.