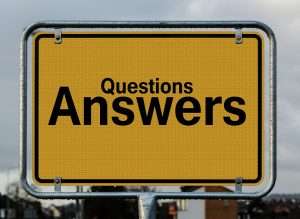 I once thought that the best leaders were strong, assertive knowers. Leaders are the ones who make decisions because they have the most confident, unshakable answers, right?

I get it. Being right feels really good. But the best and most needed leaders are able to give up the good feeling of being right and face the discomfort of getting it right. They are willing to fail and go back to square one. They are able to admit that they were wrong.

I’ve been the executive director of Prevent Child Abuse Arizona for a year and a half now. There have been several points in my experience that I have thrown out what I thought was the right way, in favor of a less comfortable, new way. I’ve changed my mind on the direction to take. I’ve changed my mind on what to focus on, what was most important, or what to do first. Every time, it took admitting that the way I was looking at things was wrong, and that I needed to change to get it right. Every time, it was uncomfortable.

But you know what? It’s an absolute honor and privilege to be able to be wrong, and have the space to learn. It’s critical to be given the space to do that. If we’re held to perfection, we don’t allow ourselves to be wrong. Nothing changes. Being wrong is the doorway to a better future.

And we don’t want to be stuck. Right now, our nation and our state are going through a reimagining of the child welfare system. Across the nation, groups of people are working to transform the ways in which we work to protect children by creating a new child well-being system, in which all families get the support they say they need, and importantly, that families are not punished for having needs.

P.S. This is why I love putting on a conference every year. Good conferences challenge our thinking, allowing us to move more towards getting it right. I look forward to learning with you at our conference this month.