Over the past two months, there have been ample stories of heartbreak and uncertainty. Thankfully, there have also been stories of generosity and hope. Epic Rides is an example of the good that can arise in challenging times.

Epic Rides, founded in 1999, hosts mountain bike races across the nation, including several in Arizona. Their most notable race is the Whiskey Off-Road, which takes place every April in Prescott. Mountain bikers from across Arizona, the nation, and the world gather to partake in what is not only an athletic event, but a charitable one, too. 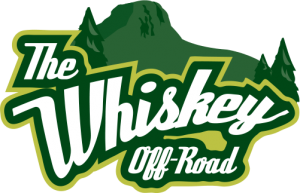 Every year, Epic Rides donates a portion of the proceeds to Prevent Child Abuse Arizona and other local charities in order to benefit the community that hosts the race. While Epic Rides was forced to cancel this year’s race due to COVID-19, their commitment to the charities did not fail. 95% of Epic Rides’ donations for this event went to two charities that they believed need the most support in helping the community in this time of crisis. .  An incredible $7,000 was donated to Prevent Child Abuse Arizona, which is a 68% increase from Epic Rides’ 2019 donation.

While we have all been affected by the COVID-19 pandemic, some organizations like Epic Rides are finding ways to channel changed plans into generous gestures. Epic Rides’ consistent annual support goes toward helping build strong families and keep children safe. This year’s increase will allow a bigger reach to further support for Arizona families.

Thank you, Epic Rides, for helping Arizona’s children and families!