Adversity is Not Destiny. 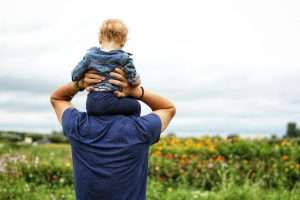 I frequently give trainings on the ACEs study. I talk about how the study shows a direct correlation between the number of ACEs and the risk of developing major health and social problems. I talk about how ACEs affect brain development, and that they can shape brains to be more reactive to stressors and less equipped to cope with those stressors, which in turn affects behavior, health, relationships, and generally, a person’s whole life. When I present this, I always get one question:

Is there any hope?

You know the answer to this question. It’s probably the reason you’re in this field. The answer is yes, of course. There is so much hope, and that’s why we do what we do.

But if a person has experienced ACEs, which most of us have, it does not mean they are doomed to a life of negative outcomes.

Adversity is not destiny.

Of course we want to prevent ACEs from happening. But once they have happened, there is a lot we can do to mitigate their effects. Newer research by Dr. Bob Sege and his team demonstrates that Positive Childhood Experiences (PCEs) are more powerful predictors of a person’s positive outcomes than ACEs are predictive of negative outcomes. There’s one common thread among all PCEs, which include having close friends in high school, feeling that your family has stood by you, and having adult mentors: they all have to do with relationships. Positive, nurturing relationships. Whereas ACEs are an absence, or a loss, of those relationships, PCEs are the presence of those relationships.

Relationships prevent ACEs. They also build resilience to them.

It turns out, in all the complex ways that we are working to strengthen families and protect children, with all the grants we give or get, the programs we tirelessly run, the trainings we deliver, the strategies we create, we’re all essentially working to do one thing: build positive, nurturing relationships.

This April Child Abuse Prevention Month, I hope you remember that despite how grueling, thankless, or complicated your work may often feel, you’re doing extraordinary, powerful things.

P.S. If you’d like to get trained to deliver presentations on ACEs and resilience, our partners at the ACEs Consortium are holding an ACEs Training of Trainers starting later this month.