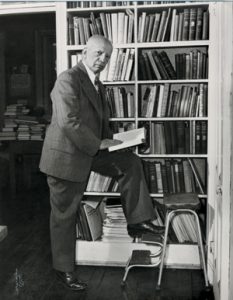 In February of 1926, a man by the name of Carter Godwin Woodson launched a celebration of “Negro History Week,” now known as Black History Month.

The father of commemorating black history was born December 19, 1875 in Canton, Virginia, and passed away on April 3, 1950.

I want to reflect on his life and see if we can pick up some personal resilience tips.

He was the son of former slaves Anne Eliza (Riddle) and James Henry Woodson. His parents were both illiterate and his father, who had helped the Union soldiers during the Civil War, supported the family as a carpenter and farmer. The Woodson family was impoverished but proud. The happiest day of their lives was when they became free. Carter was often unable to attend primary school regularly because he needed to help out on the farm. Furthermore, he had to put off additional schooling while he worked in the coal mines of West Virginia (talk about ACEs!).

Carter graduated from Berea College and became a teacher and school administrator. He earned graduate degrees at the University of Chicago and, in 1912, was the second African American (after W. E. B. Du Bois) to obtain a Ph.D. from Harvard University. Carter spent most of his academic career at Howard University (my alma mater, incidentally), a historically black university in Washington, D.C., where he eventually served as the Dean of the College of Arts and Sciences.

Carter had a vision of creating an institutional structure that would make it possible for black scholars to study history. Although he had a clear vision, he lacked funds, so he took it upon himself to invite investors to participate with his idea. He collected nickels and dimes from kids in Sunday school and, eventually, big checks from philanthropists.

All in all, because of this one man’s resilience, we all have a more enriched pathway forward.